What Recent Supreme Court Decisions Reveal About Judges and the Constitution 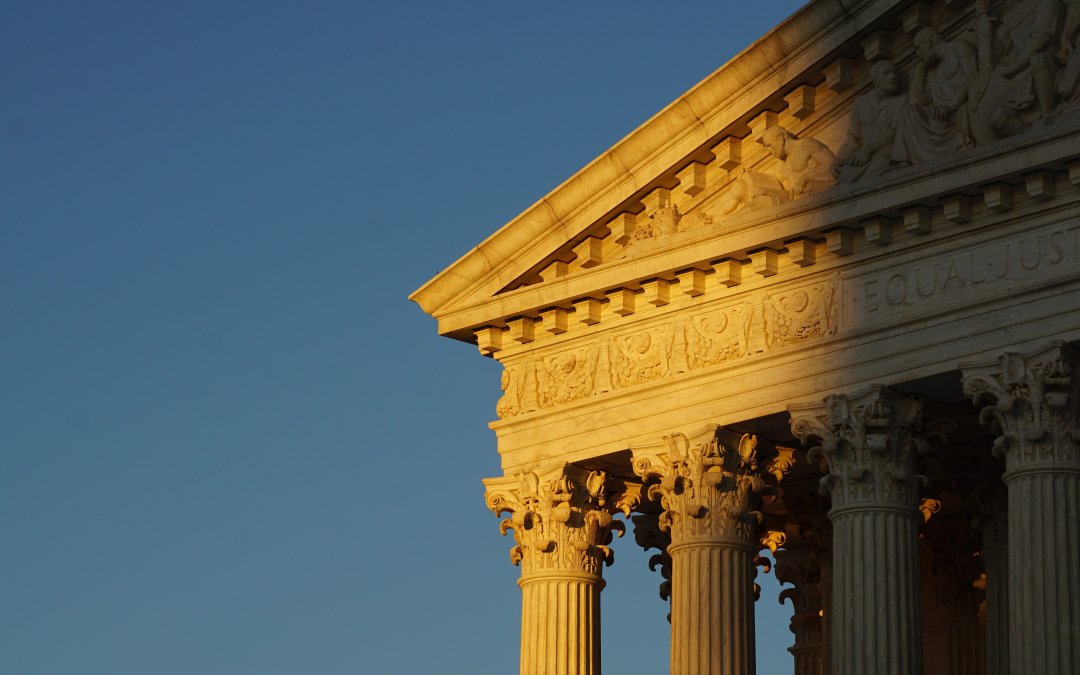 When I was a kid, I used to ride my bike down to my mother’s courtroom and watch her trials. At dinner, she would talk to me and my brother about her job as a judge and the difficulty of applying the law to facts, even when she sometimes didn’t feel that the law was right or even fair. As a woman judge in the 1970s, she struggled with the “good ol’ boys” club of male judges, and tried to implement programs to make all judges aware of their inherent biases.

I thought about those conversations over the July 4th weekend as the Supreme Court ended its tumultuous term with their decisions on abortion rights, gun restrictions, religion, and climate change, the retirement of Justice Stephen Breyer and the swearing in of Justice Ketanji Brown Jackson. In reading the Dobbs v. Jackson Women’s Health Organization opinion striking down fifty years of precedent for abortion rights, it is clear that our Justices, the senators that confirm them, and the American public have a poor understanding of how judges actually make decisions. Moreover, given our polarized politics, we have an inadequate process to qualify a judge for a position that arguably has a greater impact on Americans than virtually anyone else, aside from the President.

In making laws at the federal level, we have over 500 members of Congress, plus a President, all of whom are elected and can be voted out of office. A Supreme Court Justice is one of nine people with a lifetime appointment whose decisions survive for decades, if not longer, and can be countermanded only by an act of Congress.

The confirmation of Supreme Court judges has become little more than a masquerade of qualification, a theatrical show of political partisanship and platitudes. The candidate makes speeches, the senators make speeches, and the candidate is lauded or excoriated about their character or past decisions. As a consequence, we learn little, if anything about their actual decision-making process that will affect millions of us for the duration of our lifetimes and those of our children and grandchildren.

Let’s look at some of the statements of the justices in the majority that voted to overturn Roe v. Wade. Justice Neil Gorsuch has stated, “Judges should be in the business of declaring what the law is using the traditional tools of interpretation, rather than pronouncing the law as they might wish it to be in light of their own political views.” Justice Amy Comey Barrett has stated, “A judge may never subvert the law or twist it in any way to match the judge’s convictions.” Judge Brett Kavanaugh stated in 2006, “If confirmed to the D.C. Circuit, I would follow Roe v. Wade faithfully and fully. That would be binding precedent of the Court.” Justice Alito, who wrote the Dobbs opinion has said, “A judge can’t have any preferred outcome in any particular case.” And Justice Clarence Thomas, who wrote a concurring opinion in the Dobbs that suggested the right to same sex marriage, the right to private consensual sex acts, and the right to contraception should be revisited by the Court has said, “And I don’t think that government has a role in telling people how to live their lives.

We seem to have deified our Supreme Court justices, imparting to them a sage wisdom and intellectual prowess that would overcome any bias, agenda, or “preferred outcome.” While these judges may earnestly believe that their personal or religious views don’t affect their objective analysis of the legal issues they are deciding, research and judicial experience would argue otherwise. Richard Posner, a former Seventh Circuit Appellate judge who has written more than forty books on jurisprudence, writes in his book, How Judges Think, that judges try to conform their decisions to the law, but are also affected by their political beliefs, are outcome-oriented, and self-interested.  In other words, and as my mother used to remind me, judges are people too. They have upbringings, experiences, beliefs, and personal convictions that will inform their judicial decisions. And it is important that senators and the American public have a clear view of these factors before giving them one of the most important jobs in the country.

In the years since Roe v. Wade was decided, there have been numerous studies that have demonstrated the social, health, racial equality, and economic benefits of abortion access, let alone the fundamental value of respecting a woman’s ability to make choices about her own body.  Yet, the majority in the Dobbs opinion state very clearly that they believe that the Roe decision in 1973 and the Planned Parenthood v. Casey opinion in 1992 that confirmed Roe were wrong. Further, Justice Thomas states in his concurring opinion that substantive due process – laws that are passed to protect individual rights not specifically enumerated in the Constitution –  is an “oxymoron and lack[s] any basis in the Constitution.” While the majority opinion in Dobbs stresses that their decision only applies to abortion rights, it is clear that these five justices have no problem rewriting law they view as incorrect in their personal views, despite clear precedent.

When Chief Justice John Roberts was confirmed to the Supreme Court in 2005, he said, “Judges and justices are servants of the law, not the other way around. Judges are like umpires. Umpires don’t make the rules; they apply them.” Justice Kavanaugh has been quoted as saying, “The Supreme Court must never be viewed as a partisan institution.” But it is clear from the Dobbs decision and the West Virginia v. EPA ruling that limits the EPA’s power to regulate carbon emissions that this Court very much believes they make the rules and clearly understand the political implications of their actions. 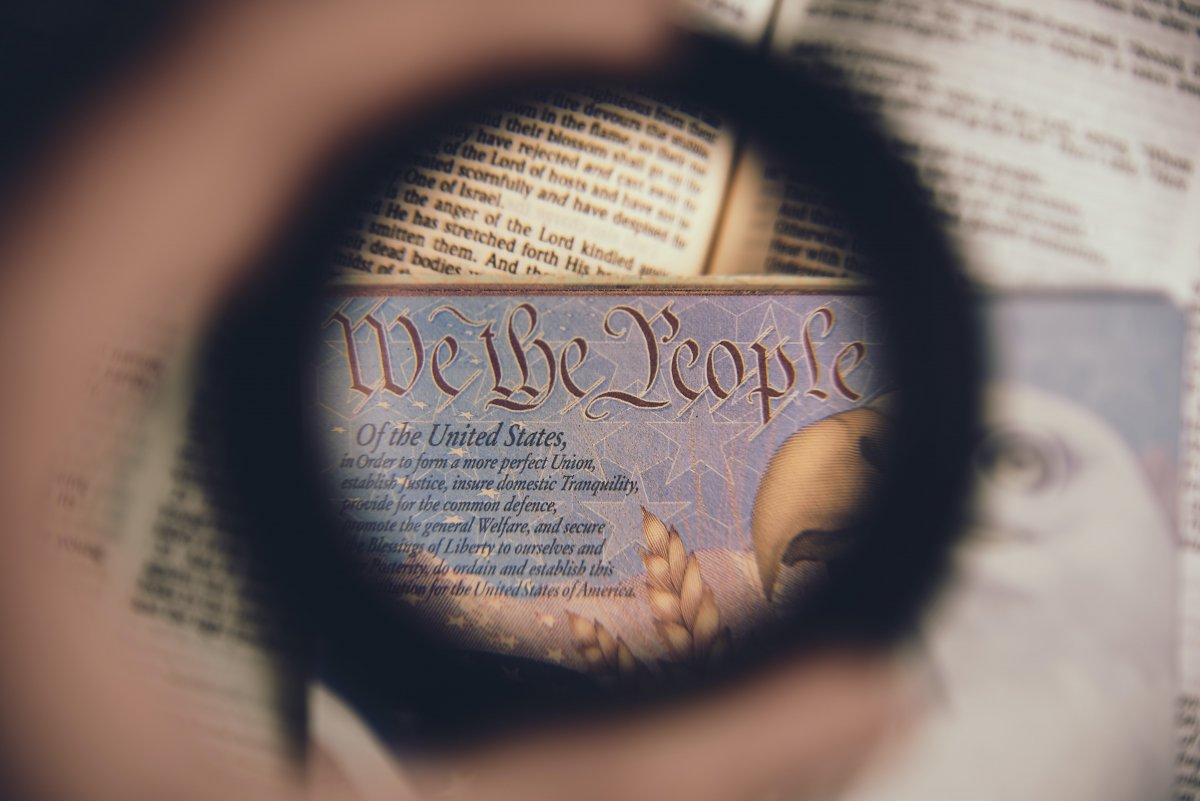 All five of these justices (and Justice Roberts) are members of the Federalist Society, a group that has previously stated objectives of “checking federal power, protecting individual liberty, and interpreting the Constitution according to its original meaning.” They often cite Federalist Paper #78 written by Alexander Hamilton to support their view that the Constitution should be interpreted according to the intent of our nation’s Founders. Justice Alito recognized that the Dobbs decision would be unpopular, but states that an independent judiciary should not be influenced by popular opinion, perhaps referencing Hamilton’s Paper #78 that judicial independence “may be an essential safeguard against the effects of occasional ill humors in the society.” One would be hard pressed to believe that popular opinion on these long-standing issues are “ill humors.” Abortion rights and stricter gun control are supported by more than 60% of the people, and more than 70% support same sex marriage. Paper #78 states, “It is not otherwise to be supposed, that the Constitution could intend to enable the representatives of the people to substitute their WILL to that of their constituents.” and, “Nor does this conclusion by any means suppose a superiority of the judicial to the legislative power. It only supposes that the power of the people is superior to both.”

And while a main tenet of the recent Dobbs decision uses “originalism” to argue that abortion rights are not in the Constitution, Thomas Jefferson himself believed that the Constitution should be continuously amended. He wrote: “Some men look at constitutions with sanctimonious reverence, and deem them like the ark of the covenant, too sacred to be touched…On similar ground it may be proved that no society can make a perpetual constitution, or even a perpetual law. The earth belongs always to the living generation… Every constitution, then, and every law, naturally expires at the end of 19 years. If it be enforced longer, it is an act of force and not of right.”

Precedent should be reviewed, and the original intent of the Founders, along with their circumstances and limitations of their time should also be considered. In the Dobbs decisions, Justice Alito writes, “The Court has not authority to decree that an erroneous precedent is permanently exempt from evaluation under traditional stare decisis principles.” He is right. In 1954, the Supreme Court overturned the racist 1896 Plessy v. Ferguson “separate but equal” ruling with its Brown v. Board of Education of Topeka decision (Justice Alito uses this example himself), which helped to fuel the civil rights movement and the Civil Rights Act of 1964. In the future, questions should be asked whether the Founders originally intended a private citizen’s right to bear arms absent the phrase, “A well-regulated militia, being necessary to the security of a free State…” in the Second Amendment. Or whether the Founders intended money to be a form of free speech and corporations to be considered as people that are entitled to constitutional protections from the First Amendment.

These are weighty and difficulty decisions for a Supreme Court Justice. What did the Founders intend versus what do modern circumstances demand? How will a justice interpret the complexities and nuances of historical precedent to adapt to the needs of a changing society and culture?  Justices have to look back at our founding principles, evaluate present conditions, and also look forward to the effect of a ruling on future generations. This is not an easy job. It demands the highest level of critical and comparative analysis to inform a Justice’s interpretation of the law and their judgement.

Which is why we should not be content with platitudes or assurances of impartiality in public confirmation hearings. The prospective justices should be questioned by constitutional scholars and law professors. They should be forced to answer how they might analyze legal precedent on some of the more difficult cases they would have to decide. Not what they would decide, but their analytical approach to those cases. They should be tested on their introspection and empathy to see how well they recognize their own biases and appreciate the impact of their decisions. They should be asked about some of their previously held beliefs and how they would deal with a case that conflicted with those beliefs. And like any witness, their credibility should be judged not only on their substantive answer, but on the candor and authenticity of their responses.

In looking at our Supreme Court and the Constitution, I am reminded of another Thomas Jefferson quote, “Laws and institutions must go hand in hand with the progress of the human mind. As that becomes more developed, more enlightened, as new discoveries are made, new truths disclosed, and manners and opinions change with the change of circumstances, institutions must advance also, and keep pace with the times.” 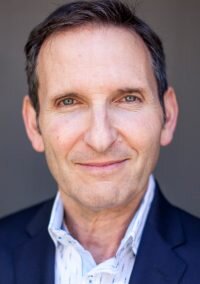 Richard Gabriel is president of Decision Analysis Inc., editor and contributing author of “The Online Courtroom: The Future of Remote Technology in the Litigation Process,” author of “Acquittal: An Insider Reveals the Stories and Strategies Behind Today’s Most Infamous Verdicts,” and co-author of “Jury Selection: Strategy and Science.” Three of Mr. Gabriel’s cases have resulted in Supreme Court decisions.