Richard Gabriel is one of the preeminent trial consultants in the country. 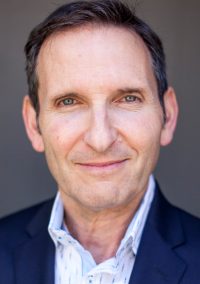 Since 1985, Mr. Gabriel has been a leader in the field of jury research, jury selection and litigation communication with experience in more than 1,500 trials in both the civil and criminal arenas across the country. CBS News has said that Mr. Gabriel is “by reputation, one of the best trial consultants in the country.” Mr. Gabriel has assisted counsel in the recent Aaron Hernandez acquittal as well as the Casey Anthony, O.J. Simpson, Phil Spector, Enron, Whitewater, Kwame Kilpatrick, Heidi Fleiss, and numerous other high profile civil and criminal matters. Three cases he has participated in have resulted in United States Supreme Court decisions.

Mr. Gabriel is the author of Acquittal: An Insider Reveals the Stories and Strategies Behind Today’s Most Infamous Verdicts about his high-profile trial work, which was optioned by Warner Brothers and developed for CBS by Jerry Bruckheimer Productions. He is also the co-author of Jury Selection: Strategy and Science, as well as contributing to Bennett’s Guide to Jury Selection and Trial Dynamics. Mr. Gabriel was a regular columnist for Lawyers USA on trial strategy and has authored numerous articles on litigation communication, social science, and jury research for numerous State Bar Journals and other legal publications including the American Bar Association, the Daily Journal, The Jury Expert, Notre Dame, and Loyola Law Reviews. He has also written feature articles for CNN.com and HLN.com on noteworthy trials and political/social issues.

Mr. Gabriel was the President of the American Society of Trial Consultants and the ASTC Foundation, which studied and developed national initiatives on litigation efficiency, jury comprehension, satisfaction, and participation in trials. He worked with Institute for the Advancement of the American Legal System, American Board of Trial Advocates, and the National Center for State Courts on national recommendations for implementing Expedited, Summary, and Short Jury Trials. He was a committee member on the American Bar Association’s Achieving an Impartial Jury Advisory Group. Mr. Gabriel is also the innovator who recently designed and developed Jury Mediation, a resource for litigators and their clients to use mock jurors to resolve their cases in the mediation process as well as a Private Trial system to allow counsel and their clients to more effectively and cost efficiently try cases. Mr. Gabriel is an advisor to the Civil Jury Project at NYU Law School and has been a guest lecturer at numerous law schools as well as participating in judicial education programs. He has conducted more than one hundred CLE training programs on jury and judicial decision- making, litigation persuasion, and witness preparation.

He appears regularly on CNN, CBS, ABC, NBC, Fox, MSNBC, CNBC, and NPR as a commentator on high profile trials.

Looking for a winning edge?

We may be a good fit.

How Can We Help You?