Race and Restorative Justice in the Ahmaud Arbery Case

On February 23rd, 2020, Ahmaud Arbery was shot dead while running in Glynn County, Georgia. His death was filmed. Gregory and Travis McMichael, who were arrested several months later for the shooting, stated they sought to detain Arbery and make a citizen’s arrest because of robberies in their neighborhood. They are currently on trial, along with Roddie Bryan, the man who filmed the confrontation, for Arbery’s murder.

There are three possible outcomes to the trial: guilty, not guilty, or a hung jury. But only one of those outcomes will satisfy what most people think of as “justice.” If these men are convicted, there will be a public sigh of relief that white men in Georgia can be convicted of killing a black man. If they are acquitted, or if even there is a hung jury, many expect to see protests and a great outcry about the racial inequities of our justice system. 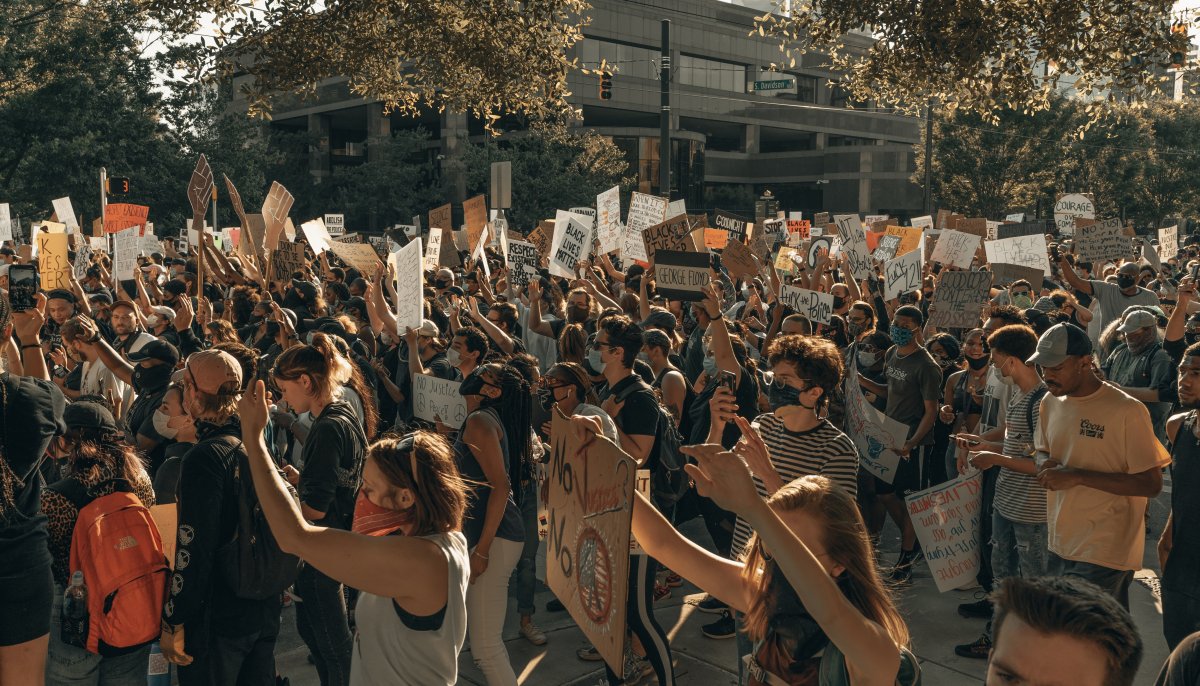 In all of these outcomes, we will have learned little about racial inequality or our justice system. But this trial and a restorative justice process gives us the opportunity to learn more about and improve both.

By most measures of social progress, the United States’ criminal justice system gets failing grades. We incarcerate more people than anywhere else in the world, yet our recidivism rates are the highest in the world [1], with two thirds of prisoners being rearrested within five years [2], belying the concepts of criminal justice as a deterrence or the penal system as a successful rehabilitator. There is also little evidence that victims or their families achieve meaningful closure or long-term healing from their trauma. The failure to achieve measurable results is from a system that employs nearly four million workers [3] and costs nearly $300 billion per year [4]. Additionally, while many states have a disproportionate number of black prisoners compared to their general population, black inmates in Georgia constitute around 60% of the prison population compared to 32% of the general population [5]. Yet, despite these failures, efforts to implement criminal justice reforms by Philadelphia District Attorney Larry Krasner and Los Angeles District Attorney George Gascon, have met with considerable resistance.

As a result of these failures and disparities, the general public’s confidence in the justice system is at an all-time low. According to a 2020 Gallup poll, only 11% of black Americans and 17% of white Americans said they had a great deal or even a fair amount of confidence in criminal justice [6].

Our criminal justice system is reductive by design. Evidence is reduced to whether a series of actions by the defendants meet or don’t meet a series of statutory requirements and evidentiary codes. Plea deals and prison sentences are routinely negotiated. If a case goes to trial, the district attorney may make deals with cooperating witnesses to gain advantageous testimony. Both sides emphasize favorable evidence, minimize problematic evidence, and use cross-examination to discredit opposing witnesses in order to achieve a desired result: a verdict of guilty or not guilty.

But, in a system of advocacy that strives to meet these legal requirements, criminal justice strips the humanity of defendants and victims alike. It creates formulas out of human behavior and reduces motivation and character to calculations with a series of binary outcomes: evidence is admissible or inadmissible, relevant or irrelevant, and a defendant is guilty or not guilty.

In the coming trial, jurors will not really get to know Ahmaud Arbery, his family, his struggles, or his hopes and dreams. Ahmaud’s mother may sit and watch the trial, but she will not have a voice in the evidence or the outcome. Jurors will also not really get to know Greg and Travis McMichael or Roddy Bryan, their backgrounds, their struggles, or what really led them to act the way they did on a February afternoon. Even if they choose to testify, the prosecution will challenge their credibility, hoping to create suspicion about their motivation.

As a result, all the characters in this public drama, covered by the press, will be reduced to familiar two-dimensional stereotypes of stock characters: good and evil, victim and perpetrator, prey and predators.

Our criminal justice system and our current discussion about race share one common problem: they are both based on blame rather than understanding, recrimination rather than reconciliation. While the prosecution in the McMichaels and Bryan case have to present specific evidence to essentially show that the defendants intended to capture and kill Ahmaud Arbery, there is no room to understand how long-standing racial stereotypes, implicit bias, Georgia’s citizen arrest laws, and gun ownership may have all contributed to a fateful confrontation on a February afternoon. Jurors will only judge whether the defendants committed felony murder or aggravated assault and whether they were justified in making a citizen’s arrest and acted in self-defense.

There is no room in this trial for the McMichaels to sit down with Ahmaud Arbery’s mother and apologize. There is no place in the trial for Ahmaud’s mother to speak directly to the defendants and express her loss, short of a victim impact statement, which would only be given if the defendants were convicted. There is no room to discuss how the McMichaels have grown up with the legacy of the Confederate South and adopted many of its unconscious biases which may have led them to suspect Arbery in the first place. In our current system, there is no room to have an honest and meaningful discussion about how we arrived at these tragic intersections and how to break the patterns that keep us from reconciling our past in order to move forward.

All we have is indictment and trial. Accusation and denial. Conviction or exoneration. Relief or outrage.

If high-profile cases have become our means to discuss justice in this country, we should use these trials to better understand and improve our justice system and to have meaningful and uncomfortable conversations about issues like race.

And this is where the restorative justice process can help. 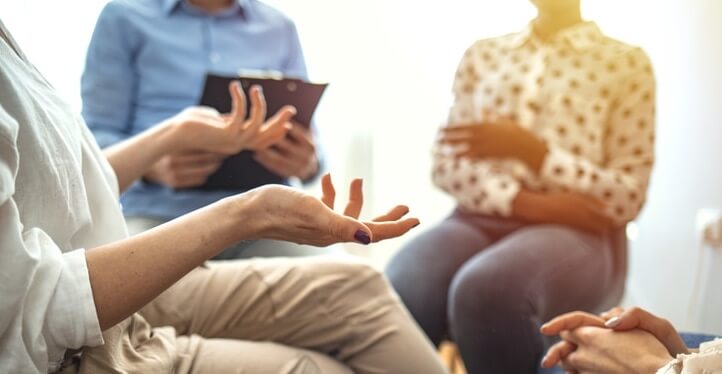 Developed in the United States in the 1970s, the modern restorative justice process has roots in traditions from the First Nations people in Canada and Maori in New Zealand [7]. It has been a feature of many indigenous justice systems for centuries and was most notably used by the Truth and Reconciliation Commission after apartheid in South Africa [8].

Restorative justice recognizes that any alleged crime has effects beyond the evidence and the law; it has a traumatic impact on a victim, their family, and their community. And as such, those individuals and groups should have a voice in the process. It is an approach to justice that tries to heal as opposed to punish. It seeks understanding and reconciliation through a mediated dialogue between the alleged perpetrator, a victim and their family, and sometimes other members of an affected community. It is a voluntary process that allows both the perpetrator and those most impacted by his or her actions to speak honestly about their actions and feelings without blame, recrimination, or the necessity to tailor their words to legal procedures. Rather than seeking to separate, it attempts to actively engage the perpetrator with victims, their family, and the affected communities. It can accompany, augment, or modify a normal criminal justice process. The participants each share their experiences, the harm, and explore means to repair the damage. This could mean community service, financial reparations, or any other creative solutions that the parties themselves come up with to help heal the victims or communities.

It is not meant to replace our traditional justice procedures, but to inform the process of resolving the very real human impact of an alleged crime. In 2018, Matthew Lee was a security guard, was behind on his rent, and had only fifty-one cents to his name. He followed Young Kun Kim, an 87-year-old college professor into a bank ATM vestibule on the Upper West Side of Manhattan. When Kim withdrew cash, Lee tried to grab it, they struggled, and Kim was pushed to ground where he hit head. He died four days later, and Lee was charged with felony murder, which carried a potential sentence of 25 years to life in prison. Instead of going through a traditional trial, the Manhattan DA and Lee’s lawyer arranged a meeting between Lee and Kim’s family. Lee apologized, speaking regretfully about wishing he could take back his actions that night. Kim’s family spoke directly to him about what they would miss most about their father. They all wept. Afterward, the family spoke about how the process may not lessen the hurt of their loss but would help them to heal and reduce the hate they felt, as they no longer saw Lee as a monster. Manhattan District Attorney Cyrus Vance, recognizing the value of the process, departed from the statutory guidelines and offered Lee a reduced plea of manslaughter and a ten-year sentence, which the judge granted [9].

Restorative justice is not meant to replace retributive criminal justice. It is a completely voluntary process in which the parties may or may not choose to participate. But, if they do, it allows victims, defendants, families, and the community the opportunity to engage in a process to reconcile, to learn, to heal, and to improve. Instead of demonizing all criminal actions or reducing them to statutory mandates, it also gives judges, prosecutors, defense lawyers, parole officers, and law enforcement more information about the people
involved and more options to resolve criminal matters. It is more compassionate for victims and offers the opportunity for offenders to reform and rehabilitate. Our civil justice system has used a mediated process to resolve a vast majority of cases, so why wouldn’t we use a similar process in the criminal system? It has the potential to reduce recidivism, reduce prison sentences, reduce prison populations, and reduce the exorbitant monetary and human cost of our present system.

There is no way to fully repair the loss of Ahmaud Arbery. And his family, the Glynn County community, and the District Attorney may not be interested in a restorative process. But, if we are to better understand important issues like the deep and widespread roots of racial injustice, we need an ongoing forum to let people tell their stories. Their truths. We have an obligation to move beyond statutes,
stereotypes, and stock characters and recognize that trials are about human beings with all of their flaws and remarkable complexity. We can use these trials to move beyond blame and punishment and take a good hard look at how our justice system can improve the lives of victims, perpetrators, and their community after a tragedy. We can use these trials to take a deeper look at how we got here, standing on a road in Glynn County, Georgia watching a man run by.

Richard Gabriel is a trial consultant and the author of Acquittal: An Insider Reveals the Stories and Strategies Behind Today’s Most Infamous Verdicts.