Paul has worked as a trial consultant since 1990. 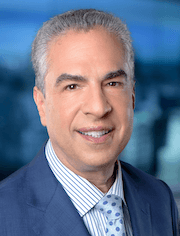 He has served on the ASTC Board for many years as well as serving as the Society’s President for two terms. Among his credits during his terms were the creation of the first Trial Consultant’s Code of Ethics and the First set of Bylaws for the ASTC.  Working in numerous high profile and other cases through the years, Paul became NBC News’ jury expert for the O.J. Simpson and subsequent cases and has served as a jury, legal and political expert for numerous television and radio stations throughout the United States and Canada.

In addition, Paul’s career included several years in the practice of law, years as the Assistant Dean of Loyola Law School Chicago, and as a very frequent speaker on the national and international lecture circuits speaking about effective communication, negotiation and many trial-related skills. Paul is the author of 14 books addressing many topics including Courtroom Psychology, Negotiation, Depositions and the art of lawyering. His most recent book is his first fiction book, “Assume Guilt,” and his next book, “Assume Treason,” comes out later this year.  Dr. Lisnek currently is a legal and political analyst for WGN-TV in Chicago where he also anchors the weekly show, WGN-TV Political Report. He is now Emeritus with Decision Analysis, Inc who continues to work in certain cases that come into the firm.

Looking for a winning edge?

We may be a good fit.

How Can We Help You?